In 2011, Lyon Institute of Origins (LIO) LabEx was selected following the first “Laboratory of Excellence” call for projects, part of the “Investissement d’Avenir” program for forward-looking research. It is one of 12 LabExes supported by the University of Lyon community of universities and establishments (COMUE). The LIO labex received new funding for the period 2020-2024.

LIO brings together more than 205 elite researchers recruited throughout the word and forming 18 research teams from five laboratories in the Rhône-Alps region, all leaders in their fields, under the auspices of the University Claude Bernard Lyon 1 (UCBL), the Ecole Normale Supérieure de Lyon, and the CNRS.

LIO has developed an original and innovative approach to the question of origins through participation in major international programs on instrumentation, high-performance observation and measurement, and numerical simulation.

LIO furthers leading-edge research into the origins of matter, large-scale cosmological properties, galaxies, stars and exoplanets, Earth and life. It works to support the participation of partner laboratories in large European and international projects that deal with these subjects, to encourage interdisciplinary initiatives, and strengthen the development of medical and industrial applications using advanced technology developed for research.

LIO’s goal is to explore questions about our origins, operating in a broad field of study that ranges from particle physics to geophysics, and includes cosmology, astrophysics and planetology.

The laboratories that power labEx LIO work to answer the many questions surrounding the origins of everything from matter to life, including large cosmic structures, galaxies, stars, planets, and our Earth. LIO is dedicated to advancing the frontiers of knowledge by studying these subjects using a multidisciplinary approach that combines theory, modeling, observation, and experimentation. From the Big Bang to the first life forms, how was complexity born? This is the big question labEx LIO is interested in answering.

Deciphering the “origin of life” requires input from various disciplines to understand prebiotic chemistry in the early Earth environment, early stages of life and increasing complexity, and the habitability and detection of biosignatures on the other planets of our solar system as well as on exoplanets. It is thus well connected with the research activities at the CRAL, IPNL, and LGL-TPE.

LIO teams of the CRAL are experts on the chemistry of proto-planetary disks based on numerical simulations and observations with VLT/SPHERE). LIO teams of the LGL-TPE focus on the formation of pre-biotic molecules in early Earth environments, the first animal diversification (Ediacaran and Cambrian), and palaeontology more generally. They have a recognised expertise on palaeo-environments or modern environments similar to some extent with primitive ones. Isotopic (geo)chemistry is an exquisite method to explore biological reactions signatures. A new activity of irradiation of pre-biotic molecules with the facility started at IPNL has emerged a few years ago, in collaboration with the LGL-TPE.

To reach its objectives, LIO LabEx conducts the following activities (16,3 million euros for 2011-2024):

Short descriptionThe LIO Laboratory of Excellence (LabEx) proposes a 2-year post-doctoral position.Starting date: From September 1st, 2022The net salary (+social benefits) will depend on experience. A €3,000 annual package for travels and equipm...

Postdoctoral position - On the origin of earthquakes: combining seismic observations and analog experiments

Short descriptionThe LIO Laboratory of Excellence (LabEx) proposes a 2-year post-doctoral position.Starting date: September the 1st, 2022The net salary (+social benefits) will depend on experience. A €3,000 annual package for travels and equipm...

Short descriptionThe LIO Laboratory of Excellence (LabEx) proposes a 2-year post-doctoral position.Starting date: September the 1st, 2022The net salary (+social benefits) will depend on experience. A €3,000 annual package for travels and equipm...

Short descriptionThe LIO Laboratory of Excellence (LabEx) proposes a 2-year post-doctoral position.Starting date: October the 1st, 2022The net salary (+social benefits) will depend on experience. A €3,000 annual package for travels and equipmen...

Short descriptionThe LIO Laboratory of Excellence (LabEx) proposes a 2-year post-doctoral position.Starting date: between September the 1st, 2022 and November the 1st, 2022The net salary (+social benefits) will depend on experience. A €3,000 an... 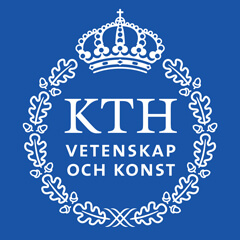